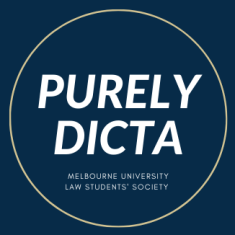 You’d think it’d be strange for a student publication in the Melbourne Law School to ask for submissions about the American Presidential Race. But such is the reach of the United State’s influence and relevance. What happens over the Pacific has the capacity to vastly affect our lives. Firstly, America is by far our biggest investor [1]. Our ties run deep, from Australia (rather unashamedly) begging America to enter into a war with Vietnam [2], to former treasurer Joe Hockey’s cushy new position in Washington. Additionally, complicity in America’s drone strikes through areas such as Pine Gap [3], raises questions for our international relations and reputation on international humanitarian law. Beyond the nightmarish prospect of the damage a Trump presidency could do to the world order generally, America’s presidential race has relevance to the extent that Australia has hitched its wagon to America’s star. As Malcolm Fraser suggests in his book Dangerous Allies, America has taken on the parental role England once held over Australia.

What can be gleaned from the current Presidential Race for our Australian context, you ask? Firstly, the potential for the US Supreme Court to change politically. Secondly, the disastrous effect of a Republican president on international security and world order. Lastly, a broader question as to whether the ALP is using Sanders’ popularity to justify a retreat to its socialist roots.

The passing of Antonin Scalia J, the great proponent of textualism, has caused a considerable political showdown. Firstly, it is good legal practice to be cognisant of the developments in appellate courts in foreign common law jurisdictions. See for example McCloy v NSW [2015] HCA 34, where the High Court refused to go down the American path by finding that there was no freedom of speech argument against restricting electoral donations, pointedly Citizens United v Federal Election Commission 558 US 310 (2010) was never far from the justices’ minds [4]. Secondly, Scalia J undeniably left a lasting mark on the Supreme Court through his legal philosophy, demonstrating one man’s capacity to influence the Court’s jurisprudence. Judicial appointments are not only valuable to political parties, but also captivating for politics nerds.

If the Senate continues its position to refuse to consider an Obama Supreme Court nominee — Obama’s olive branch in the form of Merrick Garland J — then the next president will have the opportunity to appoint at least one new judge to the bench. As is perhaps the nature of America’s political environment, the passing of Scalia J almost immediately became a partisan issue.

While the US Constitution mandates the the President shall nominate and — ‘by and with’ the advice and consent of the Senate — shall appoint Supreme Court judges, the Republican majority Senate is refusing to consider Obama nominees, purportedly citing a practice that Presidents cannot appoint in an election year [5]. What they have gambled by their obstruction is the Court’s jurisprudence on significant issues this coming year (that is, a 4:4 split results in affirmation of the lower court’s decision without Supreme Court precedent). The current makeup of four conservative and four liberal justices (notwithstanding that Kennedy J is somewhat equivocal on his conservatism) means the next president could significantly alter the political content of the Court. Especially considering three of the current justices are over the age of 70.

While it is somewhat unbecoming to be wagering on the death of these justices (especially the eldest, the Notorious RGB), the court could go through significant changes in the coming years. This depends as much on who the next president is, as it does on the makeup of the Senate. Further questions that remain to be answered are: Can a Trump win translate to a majority in the Senate? Can Sanders carry enough Democrats into the Senate? Would a Clinton nomination see the continuation of the current Senate obstruction?

One thing that has been made abundantly clear by the GOP debates is that the world order would not be better off with Donald Trump as Commander-in-Chief.

Donald Trump would ‘bomb the sh*t out of’ Daesh. He reportedly admires Putin, and believes the world order would be ameliorated by he and Putin getting along. Trump would torture suspected terrorists (although that’s hardly surprising considering Dick Cheney’s apparent eagerness to torture [6]), kill their families, and wants to ban all Muslim immigration to the US. This is not only evincing a disregard of International Humanitarian Law principles of discrimination and proportionality, but the rules of natural justice. In addition, he is skeptical of all of the US’ alliances and military aid to countries in Europe and Asia.

For the sake of contrast the Democratic field is somewhat more measured. Bernie Sanders is for greater scrutiny of the defence budget, and reduction of nuclear arsenal. Hillary Clinton does not advocate for a scaling back of America’s military might, but does promote a brand of ‘smart power’ that includes both diplomacy and military intervention. It must also be noted that Hillary Clinton as first lady and Secretary for State has significant experience and familiarity with world leaders that would presumably have a beneficial effect on world relations.

What does this have to do with Australia? Put simply and rather crudely, when the US enters a war so do we. The most recent example in Afghanistan and Iraq, Australia willingly joined the coalition of nations on the back of now clearly dubious intelligence. America’s omnipresent, omniscient and omnipotent drone program in Afghanistan, Iraq, Yemen, Somalia, and Pakistan, also has ties to Australia. We currently lease out territory to US government contractors to further the intelligence and surveillance gathering that aids the targeting for drone strikes [7]. A more interventionist America could see greater involvement of Australia, as well as creating greater instability in the region. This undoubtedly would affect the number of displaced persons in the region and subsequently an increase in asylum applications, noting that most refugees who apply for asylum in Australia are from Iraq and Afghanistan [8]. Further questions to ask are: would an American president who is more confrontational with China pose a dilemma for Australia’s diplomacy? Our subservience to American policy could come into conflict with our desire to play a significant part in the governance of Asia-Pacific, as China attempts to spread its sovereignty both, economically in trade and physically in the South China Sea. Will an emerging Sino pact make it difficult for Australia to continue to cow for America’s favour?

The Fight for Labor’s Soul

Considerable attention has been given to the rise of populism, symbolised by strange bedfellows: Sanders and Trump, both who owe a little to populism for their popularity. Here in Australia with the Senate Voting Reform Act 2016 (Cth), the Government hopes it will be harder for micro-parties to gain seats despite their appeal to the disenfranchised. A more interesting question is perhaps whether Labor’s retreat to old socialist principles is an attempt to emulate the popularity of Sanders.

It is hard not to understate the challenge Bernie Sanders has overcome in being a viable presidential candidate in America and an ardent democratic socialist, in a country that still maintains grudges from a bygone bipolar era. There is no doubt that Sanders’ popularity lends both to discontent with establishment politics and perceived wealth inequality, but also to the conflating of the two phenomena. His democratic socialist principles at the very least provide a compelling narrative to identify and criticise these grievances. This comes at a time where there is a renewed interest in socialism globally by communities searching for the potential for socialism to overcome their unique experiences of wealth inequality. Case in point are; the rise of Jeremy Corbyn in opposition in England, Greece’s far-left party Syriza, and socialist parties in South America (Venezuela, Columbia, Brazil, and Argentina).

At home too, there is evidence of a socialist reawakening. Contrary to previous bipartisan support, with the Rudd-Gillard government spearheading the Trans-Pacific-Partnership agreement, the ALP touted newfound skepticism to free trade agreements in 2015. One could argue that this is more than just partisan obstructionism (regularly employed by opposition parties attempting to derail government successes). Policy releases like its renewed demand for zero unemployment [9] are more than just an idyllic non-promise, but a combination of both belief in widespread labour scarcity and precarity, and the ALP’s constitutional commitment to democratic socialism [10].

While Labor’s socialist underpinning has been put under question not so quietly by former Prime Minister Paul Keating [11], the party has not been so quick to abandon Keynesian macroeconomic principles. For instance, when Kevin Rudd implemented interventionist actions through the stimulus package in 2009, he justified doing so as sound social democratic principles [12]. Similarly, one could see Bill Shorten’s new social policy document and renewed interest in zero-unemployment target as a fresh debate around our government’s economic principles. As Sanders lambasts Clinton’s cosiness with Goldman-Sachs, Shorten appears to be making a stand on wealth inequality by: calling on a Royal Commission into the finance sector; attacking negative gearing; and reducing the capital gains discount. This may be more than mere political posturing in the dawn of an early election, but rather part of a global move of the Left. England’s Labour Party itself, saw shocking defeat at the 2015 general election that caused its leader to step down. The party that once proudly rebranded as ‘New Labour’ in light of the neoliberal consensus, has now elected an outspoken socialist: Jeremy Corbyn. However, I remain sceptical that Labor is attempting to have a profound discussion about our social and economic future. It is possible that the ALP is merely jumping on the Left-bandwagon in the hope to appear hip and current.

America’s Presidential Race has much to bring to our daily lives. As budding lawyers, we find interest in the fact that the direction of judicial reasoning may change drastically if the next Supreme Court appointment is nearly as influential as the late Scalia J. As global citizens, we should be concerned with an ally that implicates us in wars that defy boundaries, cause unprecedented displacement, and utilise technology that challenge both International Humanitarian Law and ethical responsibility [13]. As informed voters, we need to be cognisant of political maneuvers, demanding substantive policies that engage with empirical domestic issues and not cheap replicae that resemble global trends. From the joy that can be gained by watching an election cycle that appears to lampoon itself every four years, to the insights it can bring to our own politics, America refuses to be ignored.