From 2016-2018, Morgan Koegel was the CEO of One Girl, a Melbourne based charity dedicated to educating girls across Sierra Leone and Uganda. Currently, she is the General Manager at 3000 Acres. Morgan holds a JD from the University of Melbourne.

1. By 25, you were CEO of One Girl. What do you think are the best ways to encourage females to put themselves forward for leadership positions, despite their age and gender?

I’ve loved being a young, female CEO – mainly because there is nothing more comical than encountering a person who has only corresponded with me over email and having them assume I’m Morgan’s assistant, rather than Morgan herself. People are much more willing to give you what you want in a meeting to make up for erroneously assuming that you were going to be an old dude rather than a young woman. 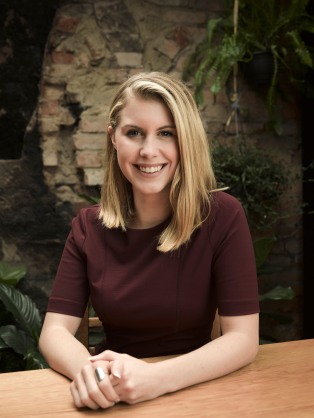 It’s often pointed out by women more accomplished than me that we are less willing than men to raise our hands for roles where there are criteria we believe we don’t satisfy. I think the same goes for young people – we often don’t see the experience we have as valuable or worthy of mentioning in a job interview. I have had instances in the past where I’ve encouraged a young person to apply for a role I was hiring for and they’ve told me “I don’t think I have enough experience” – even when the interviewer is telling them they do!

In my own life, I’ve approached the roles I want simply by backing myself. I focus on the skills that I have – the special things that I believe I bring to that role – and I find a way to explain that to the interviewer so it’s what they focus on. With any skills I’m lacking, I make a plan for how I’m going to gain them within the first six months of the role, and I share that with the interviewer as well. Don’t assume because you don’t tick a box or two that those boxes will always be unticked – focus on the boxes you’re perfect for and the rest will fall into place.

2. What advice do you have for students looking towards a career in non-for-profits?

There’s an oft-repeated belief at MLS that to get good experience, you should start out in a corporate position and then move over to NFPs. Having run NFPs, and hired people into them, I can say with confidence that the belief is completely ill-informed. Firstly, NFP leaders don’t want to hire people from corporate backgrounds the majority of the time – increasingly there is recognition of how niche the skills are in this space. Further, NFPs have absolutely no fat in their budget – they have to make every dollar count – so working there you are never going to be just another grad. You will be supported and singled-out in a way that might not happen in a corporate environment, and that’s huge for your capacity to progress into your dream role. Don’t be a sucker and take on a corporate role out of fear – go for what you really want.

Having said my piece on the corporate charade, here are a few tips to breaking into the NFP space:

3. What is your favourite memory of Melbourne Law School?

I met the love of my life at MLS, so I’d be remiss if I didn’t say that! Other highlights include making up latin maxims on the fly as a mooter and Spring study sessions out on the lawn.